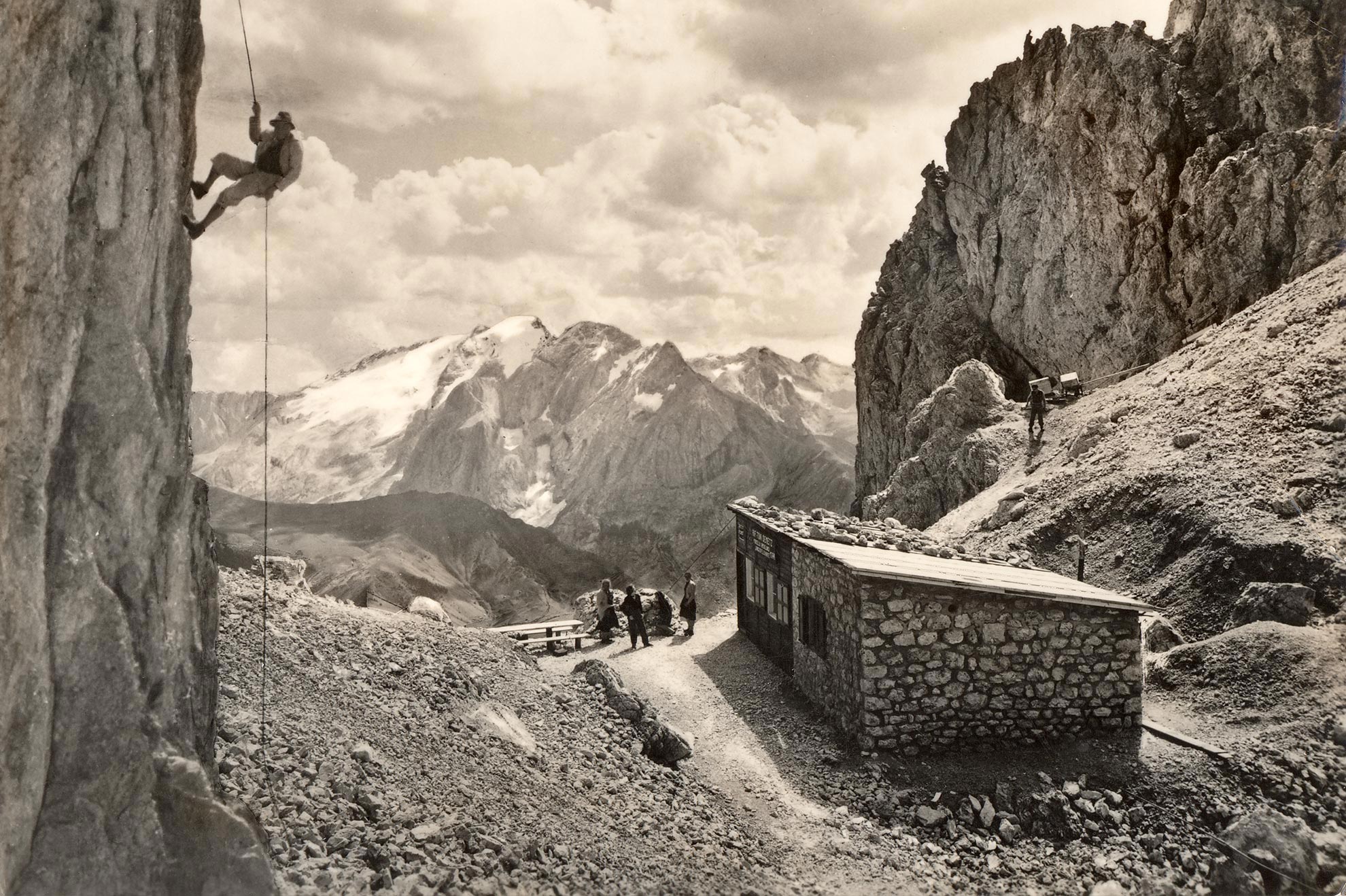 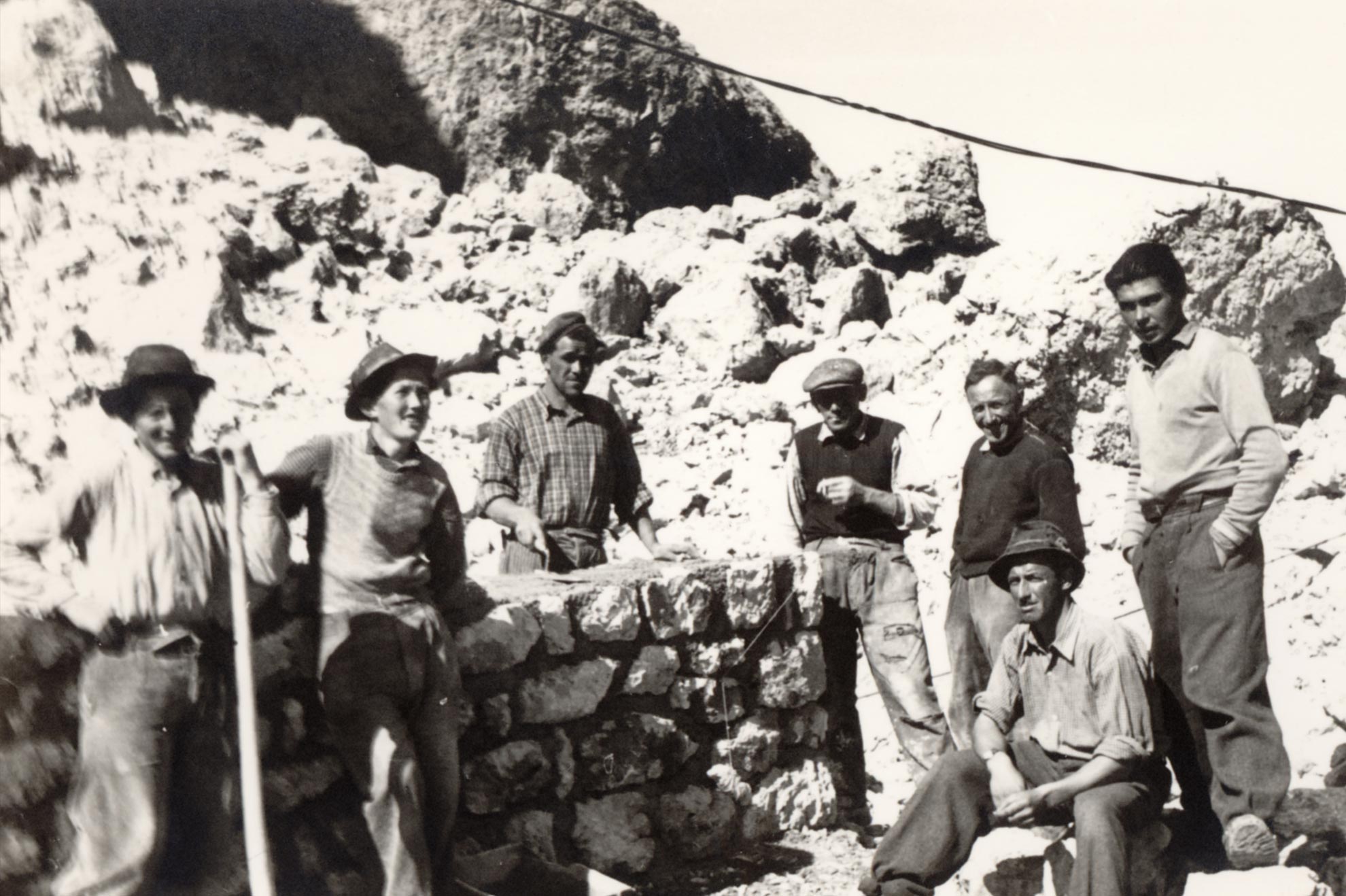 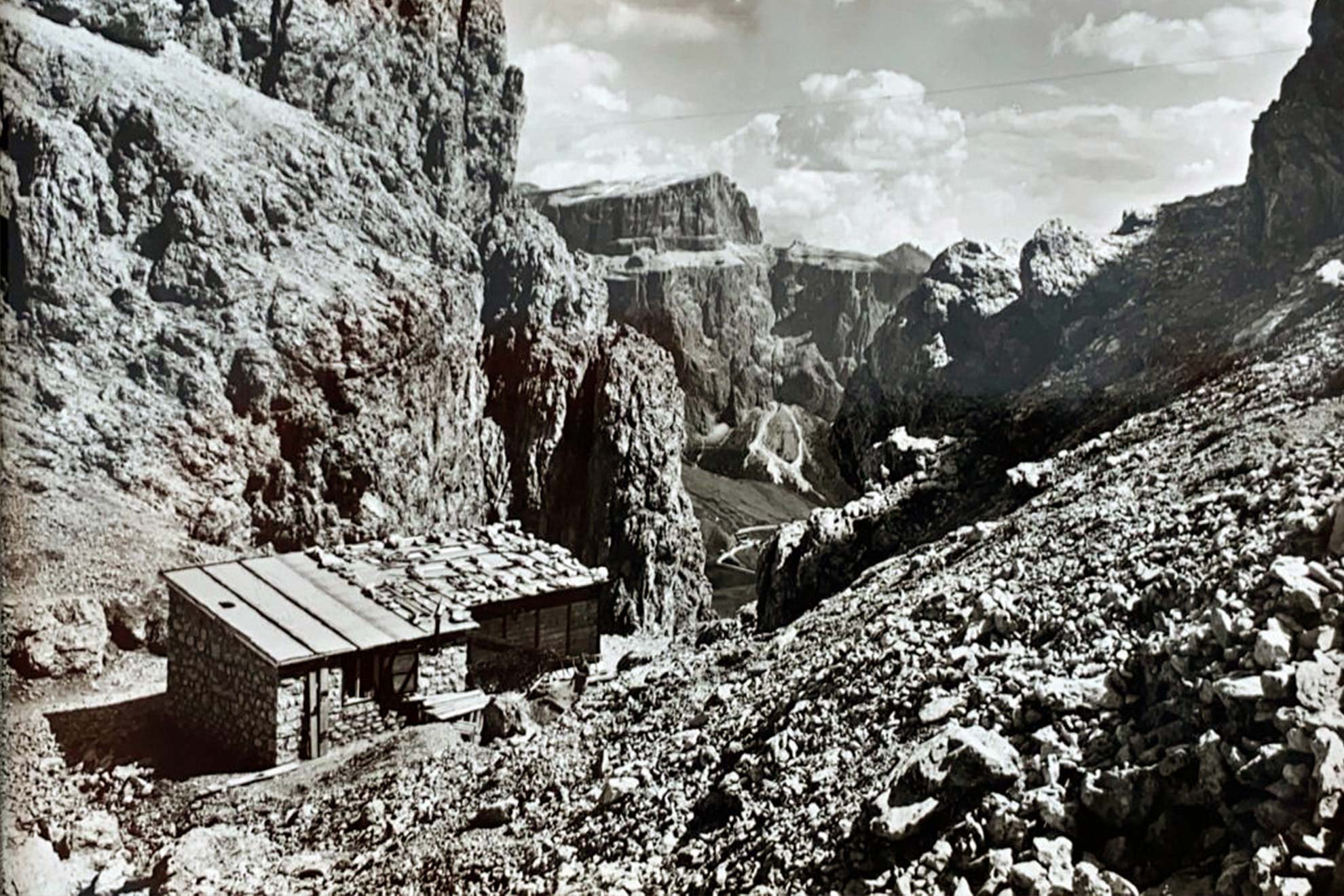 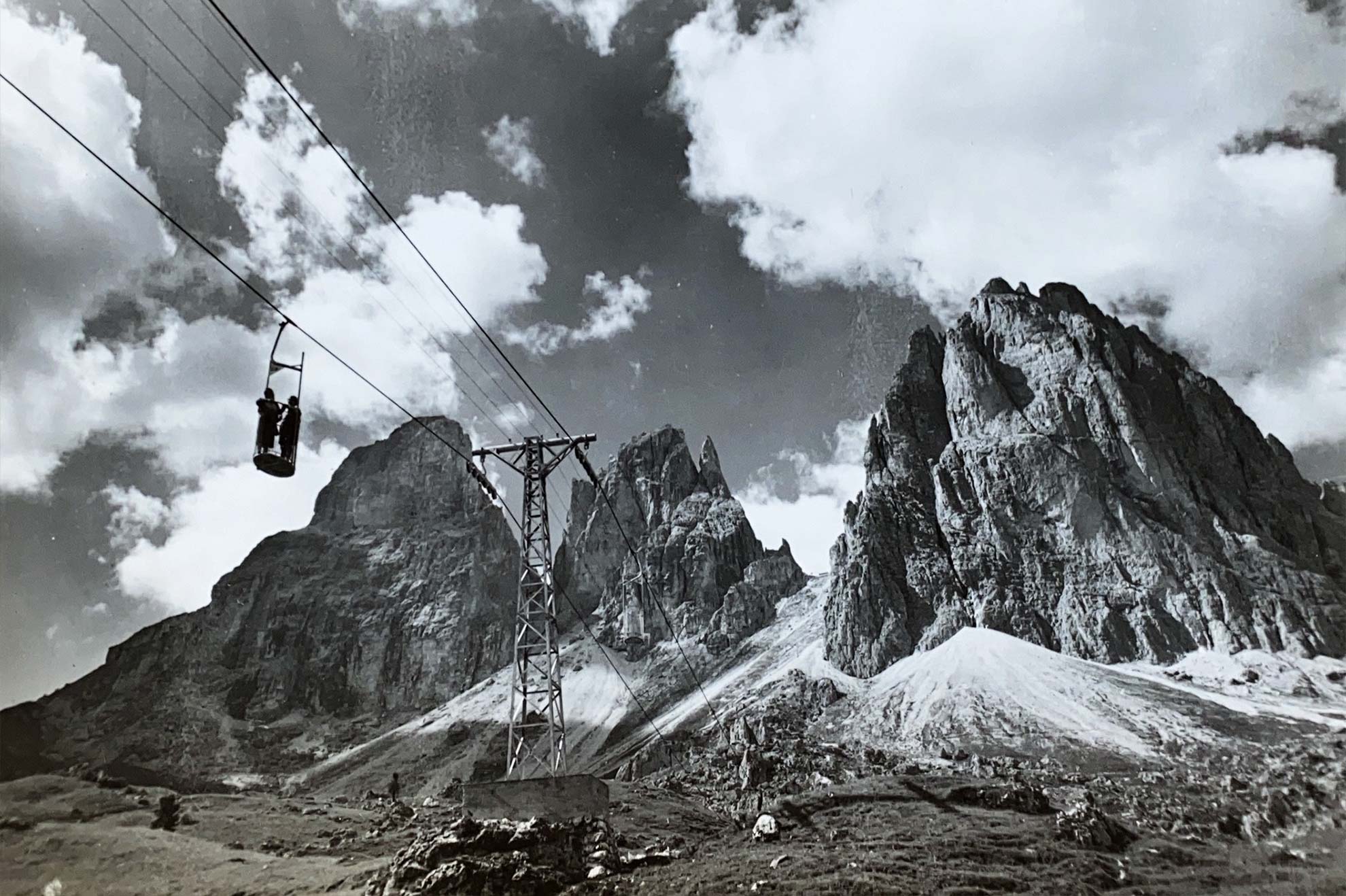 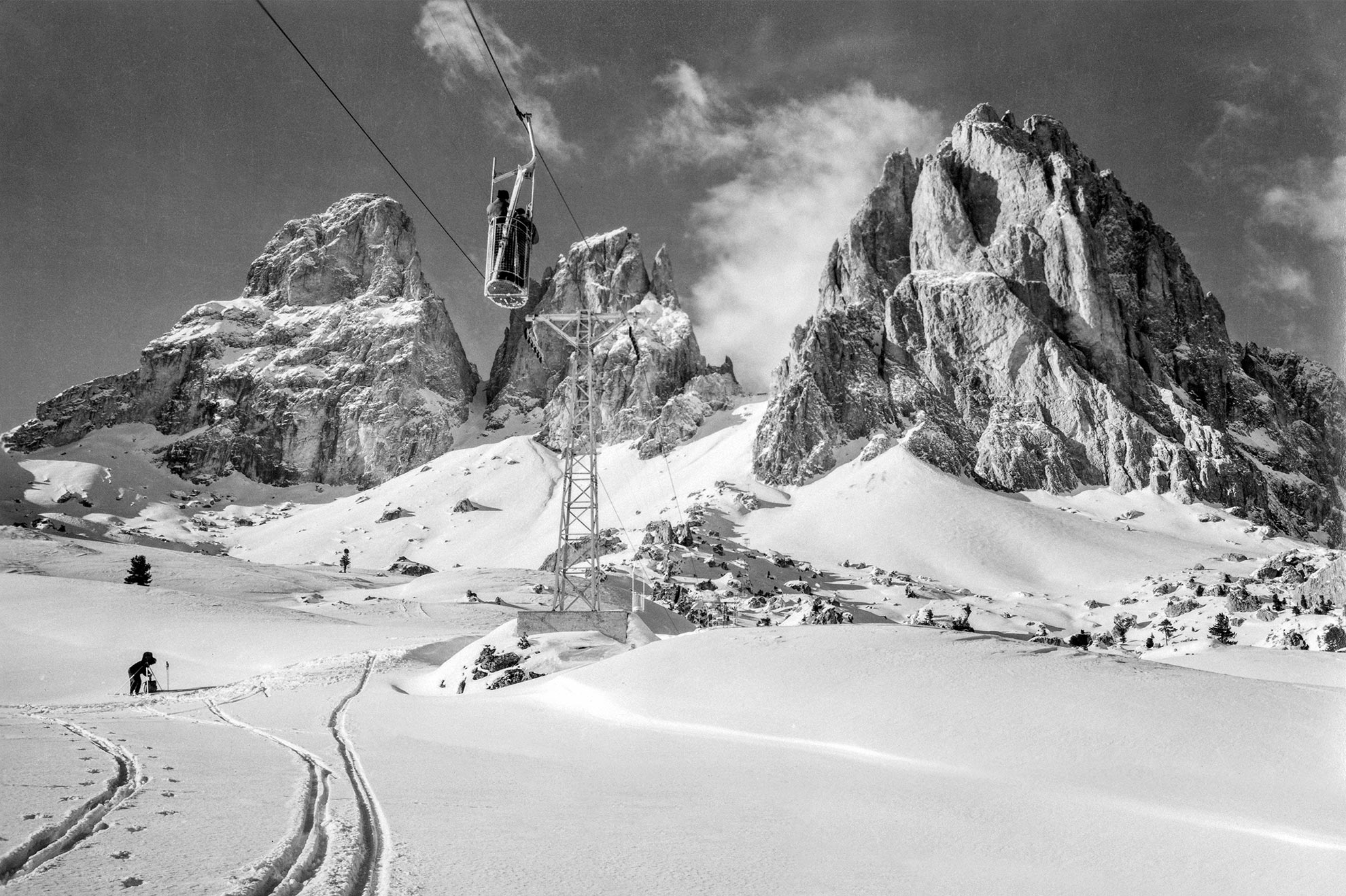 <|>
Welcome to the heart of the Sassolungo

History of the Rifugio Toni Demetz

The aim of this story is to lead our guests' attention to the circumstances that made it possible to build the RIFUGIO TONI DEMETZ.
The story deserves to be told, because next to the dramatic element there can be found deep humanity, profound generosity, braveness and determination.
Those who love the mountains and are fascinated by their mystery and beauty if you would, follow this tale to recall the past events that give an appreciation of the people and places central to our beginning.


It was August 17, 1952 when a lightning bolt struck the SASSOLUNGO hitting two tourists from Milan and their guide, the young Toni Demetz native of Santa Cristina and only 20 years old.
The first to rush to the scene of the accident was Giovanni Demetz (called Giuani) the father of Toni. Unfortunately it was too late and Giovanni had to painfully acknowledge the death of his firstborn son.
Although devastated, he managed to notice that one of the tourists was still breathing.
Even in his grief Giuani managed to muster all his strength in order to bring the living safely to the valley.
Immediately afterward he returned to the place of accident together with the Alpine Rescue of that time, to recover the bodies of his son Toni and that of the other climber.

This tragic incident created a deep and unbreakable bound, almost a yearning embrace, between Giuani Demetz and the Sassolungo,
and this connection never faded, indeed, day after day, it increased in him the determination to build right on the FORCELLA DEL SASSOLUNGO,
at an altitude of 2685 m, a refuge that could offer shelter to the climbers.

In December 1952, Giuani Demetz was honored with the award of "Gran Ordine del Cardo" (a tribute to the greatest humanitarian and solidarity actions in the mountains)
.On this occasion he expressed to the President of the Italian Republic his wish.
A few months later the Italian Government, sensitive to his request, granted him permission to build a small refuge on a piece of land on top of the FORCELLA DEL SASSOLUNGO, in memory of his son.

In autumn 1953 he began building and the construction was inaugurated in 1954.
It was a shelter for climbers and could count 6 beds. Everything they needed to run the refuge, Giuani and his family used to carry on their shoulders hiking the steep path up to the refuge.
Only in 1960 was a cable-car built, that would facilitate significantly the transport of supplies and equipment, also enabling an expansion of the building (27 beds) to improve its receptivity. 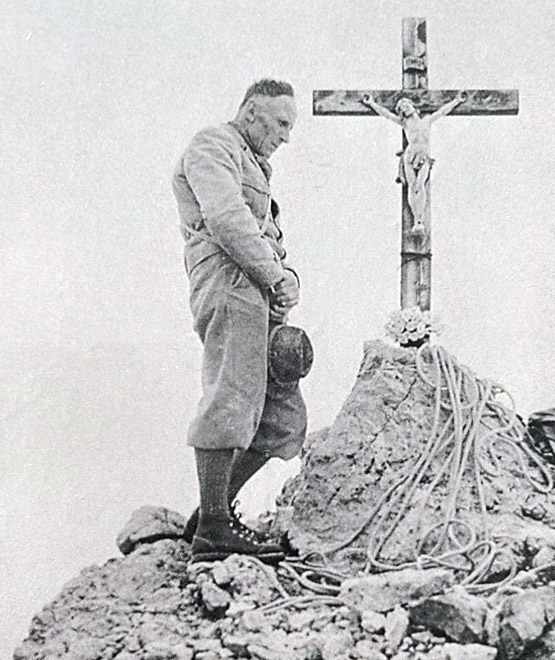 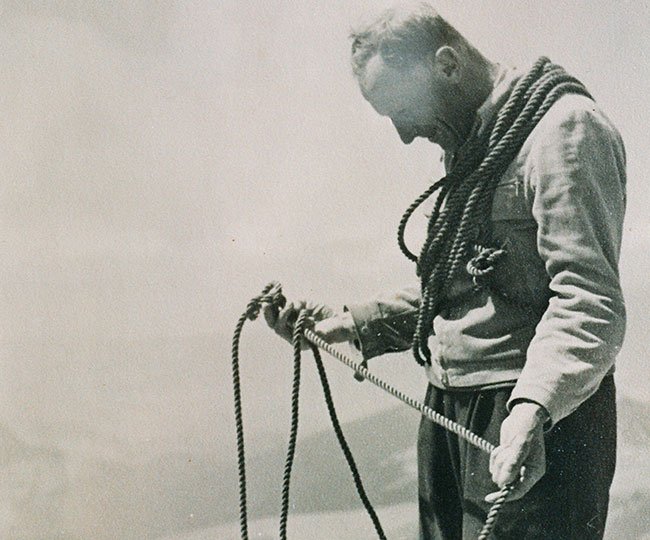 Today the RIFUGIO TONI DEMETZ still offers visitors a safe shelter from wind, rain and snow, as well as an impressive and peerlessly beautiful view over the scenery of the Dolomites.
Giovanni Demetz passed away at the age of 91 years, on August 8, 1994.


The current manager and owner is Giovanni's youngest son Enrico Demetz, together with his family.
Every year on the 17th of August, Enrico gathers together on the FORCELLA DEL SASSOLUNGO
with his relatives and friends for the celebration of an outdoor Mass in memory of his beloved father Giuani, brother Toni, and all the mountaineers who have lost their life in the mountains. 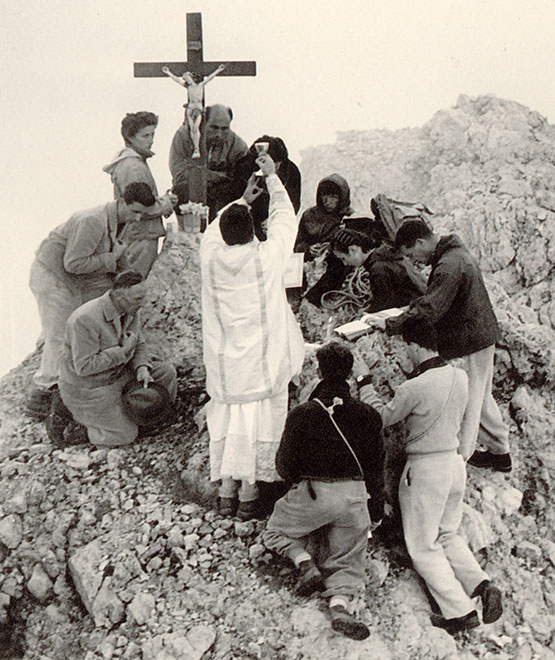 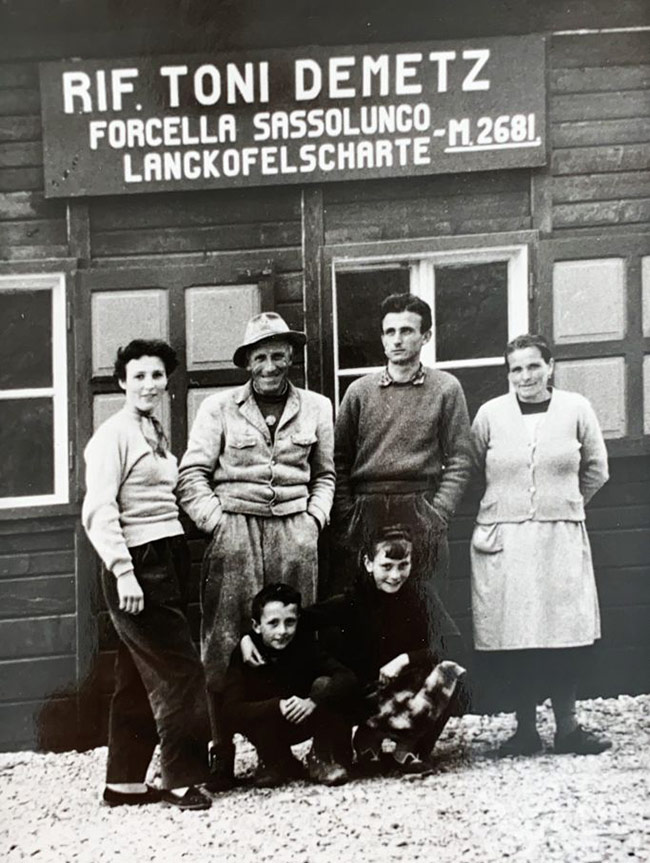 Climbers who wrote history of alpinism on Sassolungo and Dolomites: 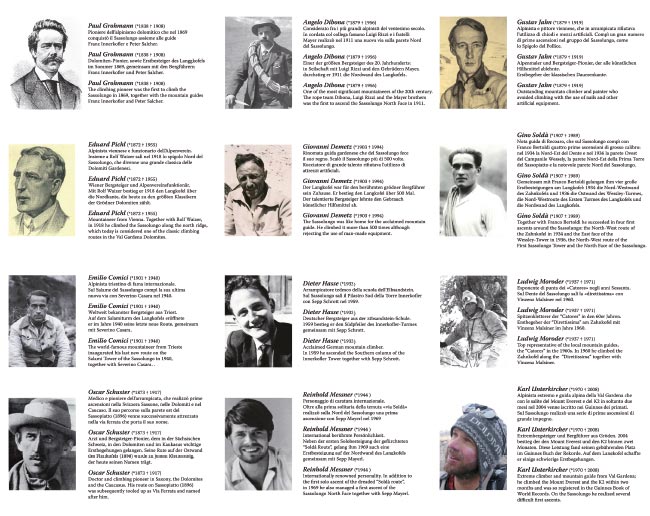